It’s 2015 and the deadline for the City of Vancouver’s pledge to end homeless is here. Instead of working to build real responses to the homelessness crisis, the city has continued to look the other way. Homelessness has increased while the city has stood by as projects like Gallery Gachet and the Carnegie Community Action Project have had their funding threatened. And all the while rents creep ever higher. The cost of housing is oppressive for most people who live here, but it is a matter of life and death for the poor.

Front line communities across so-called BC are bearing the brunt of capitalist austerity policies that continue to ensure profits for the few on the backs of poor, working class, and racialized communities. How many people face a future of precarious employment due to the overseas outsourcing of even more greatly exploited labour? How many people in the North have been displaced to make way for pipelines, dams and other mega-projects? How many find that their best option is to work in towns like Kitimat or Fort McMurray, away from their communities and loved ones? How many indigenous communities find the land that once gave them life is now being polluted and destroyed? In other words, how many people have been displaced from their homes because the economic base there collapsed due to environmental destruction?

Meanwhile here in Vancouver developers get tax breaks, landlords benefit with the absence of adequate rent controls, and the gentrification of neighbourhoods continues to line the pockets of the wealthy at the expense of those who lived there.

END_OF_DOCUMENT_TOKEN_TO_BE_REPLACED

Truckers, unionized and non-unionized, came together last Monday to
picket Port Metro Vancouver because of concerns over “intolerable
economic conditions.” While the standard pay for B.C. truckers is $23 an
hour, truckers moving cargo for Port Metro Vancouver are paid a meager
$15.59 an hour and many of them do not have a union to represent them.
According to the Canadian Centre for Policy Alternatives living wage in
Metro Vancouver is no less than $19.62 an hour. END_OF_DOCUMENT_TOKEN_TO_BE_REPLACED

The lines are drawn – Stop market gentrification of the DTES!

Rising Tide – Vancouver, Coast Salish Territorries stands in solidarity with Homeless Dave and the residents of the DTES as they resist gentrification.

Statement of Solidarity
With the Downtown Eastside gentrification project once again we see profit being placed before people, we see conspicuous consumption portrayed as the ultimate source of happiness, and we see disregard for, and displacement of, those most screwed over by the system and most in need of society’s support. ‘The high-end developers, who control municipal politics with their massive election donations, are developing high-end stores, restaurants and condo developments from Carrall St to Clark Drive. Last year, the DTES saw only 24 new social housing units open up, while there were 170 condos built and over 400 low-income housing units lost to rent increases. Join us outside the Pidgin Restaurant (350 Carrall Street, between Cordova and Hastings) on Saturday 6th April at 6-8PM.

Enough is Enough
In recent years, there have been numerous attempts by local DTES residents and allies to bring attention to the displacement of DTES residents. Residents have presented their concerns at city council meetings and have been continually shut out. END_OF_DOCUMENT_TOKEN_TO_BE_REPLACED

Posted in Events, Past Events, Statements

Stand Together Against Environmental Racism

Rising Tide witnesses, and stands against the racism, classism and environmental injustice that prevail throughout Canada, its colonial governments and its capitalist economy. Environmentally destructive corporations, and the impacts of their extraction, production, pollution and waste – disproportionately burden Indigenous communities and working class communities of colour across the land.
END_OF_DOCUMENT_TOKEN_TO_BE_REPLACED The exploitation of ever more difficult, expensive and harmful fossil fuel sources demonstrates the greed and insanity of the present global economic system. Decades ago it was possible to debate when Climate Change would occur, how fast and how seriously we would experience its impact. Now the world is experiencing its effects – most dramatically the poorer and marginalized people for whom the line between bare survival and death from flood, drought and famine is so thin. The question we face now is whether we can reverse course before the climate crisis spirals out of control into a catastrophic environmental collapse.

END_OF_DOCUMENT_TOKEN_TO_BE_REPLACED

Rising Tide Vancouver Coast Salish Territories opposes the recent attacks on the people of Gaza and the ongoing military occupation of Palestinian Territories. 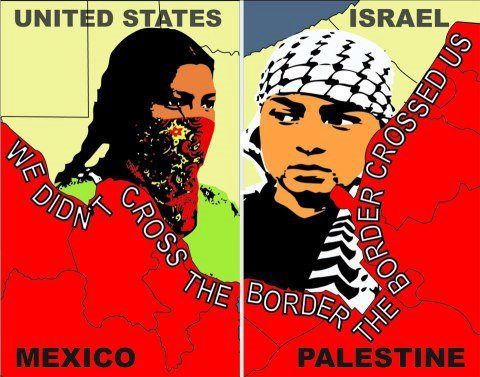 Rising Tide has been working with Indigenous peoples on Turtle Island,opposing land grabs and resource exploitation by industries and state sanctioned institutions. One of those institutions has been, and continues to be, imperialist militaries which destroy communities, the environment, and the climate.

We reject the Israeli military’s attacks on the Palestinian people in Gaza, and the worldwide state powers which respond with complacency. We reject the state powers which support the Israeli military with monetary contributions and weapons such as drones and missiles. We reject Canada’s negotiating with Israel for the sake of trade and further development of energy resources. As many regions of the world have tar sands resources,including the occupied Palestinian territories, we extend our solidarity with all who are impacted by resource extraction processes, and encroachments on their sovereignty and self-determination.
END_OF_DOCUMENT_TOKEN_TO_BE_REPLACED